"High achievers inspire others. This was the founding vision of Alex Krywald back in 1983 when he brought Celebrity Speakers to life."

Brent Sadler has used his wealth of experience to develop interests in the field of strategic communications. His in-depth knowledge and experience helps develop lively discussions with key policymakers. He has moderated numerous high-level panels and discussion groups.

Brent skilfully takes audiences on a gripping and at times humorous odyssey of his adventures reporting global conflict, delving into the unpleasant dynamics of surviving gunshot wounds and being caught in the middle of withering political crossfire.

"We provide the most influential people on the planet to inspire, educate, motivate or entertain. It's what we do best and what we've been doing since 1983. In those early days, we were pioneers of the speaker industry in Europe. Today we are a world leading speaker bureau. With offices in 16 countries we represent leading thinkers and can connect you to virtually every personality in the world. Our consultants have a reputation that precedes them. They are renowned for providing the highest levels of customer service and advice when selecting a speaker, and why we continue to retain our world-class clientele. When you choose CSA, rest assured, you will be working with the best in the business."

In September 2004 at the Second Session of the UN-Habitat World Urban Forum in Barcelona, Lebanese Prime Minister Rafik Hariri was recognised with the UN-Habitat Scroll of Honour, Special Citation, the highest United Nations award granted for achievements in the field of human settlement. Five months later, at the age of 60, he was assassinated in the heart of his beloved city, Beirut. Twenty-two others were also killed in the bomb attack.

The launch of the Rafik Hariri UN-Habitat Memorial Award took place in March 2010 during the Opening Ceremony of the Fifth World Urban Forum in Rio de Janeiro, Brazil. 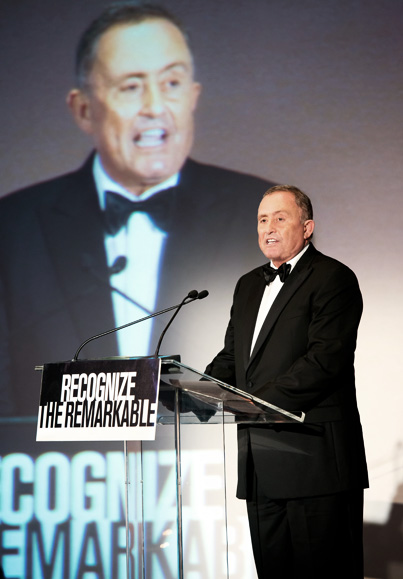 "Eko Atlantic is more than a city. It is a symbol of Nigeria's pride and pivotal in realising the nation's pledge to become a top 20 economic power."

After he put away his front-line flak jacket and helmet, Sadler met the developers and planners of Eko Atlantic City. They asked if he would be interested in telling the story of Africa's largest land reclamation project in Lagos, Nigeria. After so many years reporting news from cities being destroyed during times of war, here was a unique opportunity to be part of a new city that is rising on land once lost to the sea.

Sadler built up a team of communications experts skilled in the fields of film-making, documentaries, television commercials, digital content and more, dedicated to the continuing narrative of Eko Atlantic. 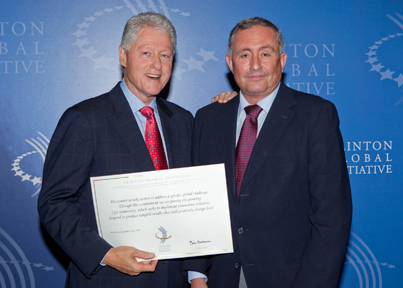 Brent Sadler with former US President Bill Clinton. At the 2009 Clinton Global Initiative in New York, Eko Atlantic was recognised for its commitment to protecting the coastline in Lagos, Nigeria 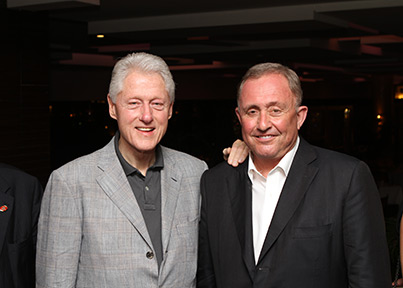 Eko Atlantic is an iconic new coastal city being built adjacent to Victoria Island in Lagos, Nigeria, to solve the chronic shortage of real estate in the world's fastest-growing megacity. 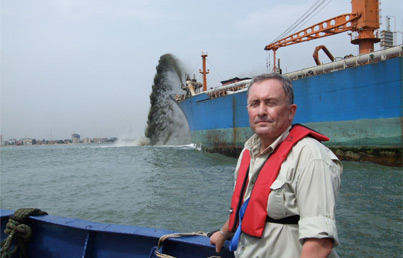 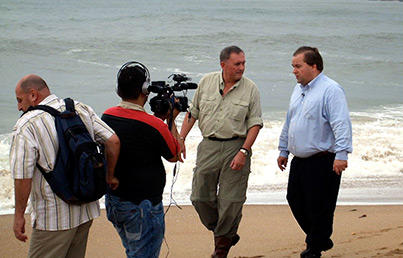 Brent Sadler reporting on the start of Eko Atlantic, 2009 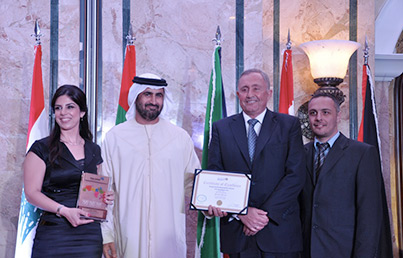 Rising on 10 million square metres of land reclaimed from the ocean and protected by an 8.5 kilometre long sea wall, Eko Atlantic will be the size of Manhattan's skyscraper district. Self-sufficient and sustainable, it will include state-of-the-art urban design, its own power, clean water, advanced telecommunications, spacious roads and 150,000 trees.

The Business District alone covers 700,000 square metres combining residences, restaurants and bars to ensure a cosmopolitan atmosphere. Its spectacular central boulevard is similar in size to the Champs-Élysées in Paris or Fifth Avenue in New York.

The project is entirely privately funded by South Energyx Nigeria Limited – the developers and city planners, a subsidiary of the Nigeria-based Chagoury Group of companies – working in strategic partnership with the Lagos state government and supported by the Nigerian federal government.

"The May Chidiac Foundation is an NGO dedicated to research and education on issues of media, press, democracy, and social welfare."

On September 25th 2005, an attempt was made on Dr May Chidiac’s life. She sustained severe injuries, losing an arm and a leg, but nevertheless survived the attack. After 10 months of numerous surgeries, treatments, and rehabilitation programmes, May Chidiac – reputable for her bold style of journalism and a recipient of many renowned international awards – deﬁantly returned to the TV screen and followed this move with a book entitled "Heaven Can Wait".

The Honorary Board and the Executive Committee of Advisors of the May Chidiac Foundation consists of foremost media figures, businessmen, and community leaders with records of worldwide achievement that command respect and trust. The Honorary Board of Advisors convenes annually and provides guidance as solicited throughout the year. 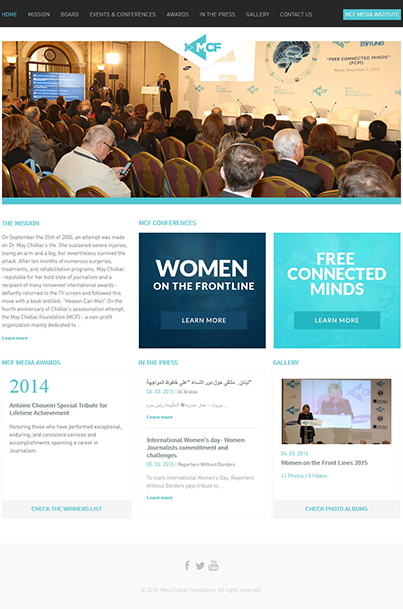 Beirut Media Center was established by SNG Broadcast Services in 2001 in the banking and commercial district of Beirut to provide satellite and production services in Lebanon and the Middle East. The company provided complete programme and transmission system planning, enabling live transmission and interconnectivity between studios and production houses in most major cities. 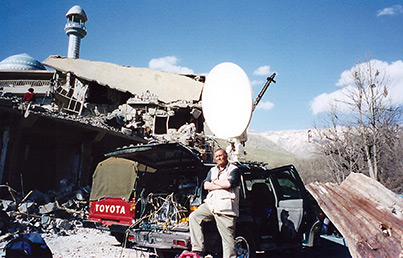