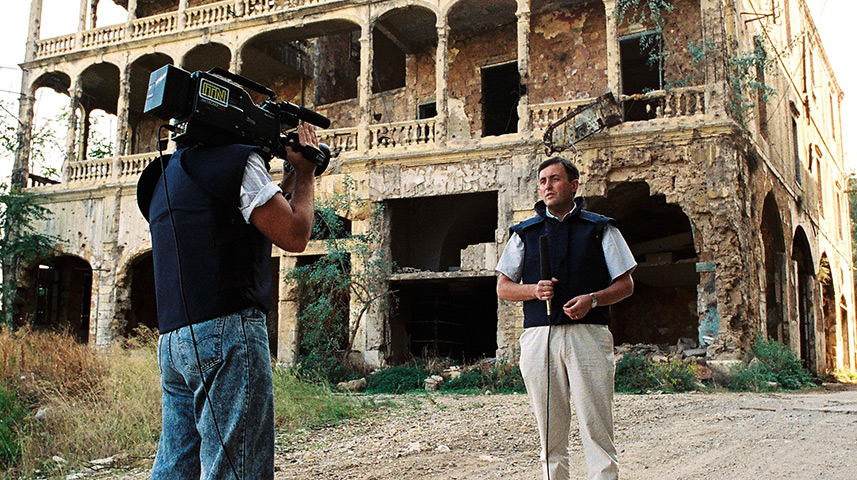 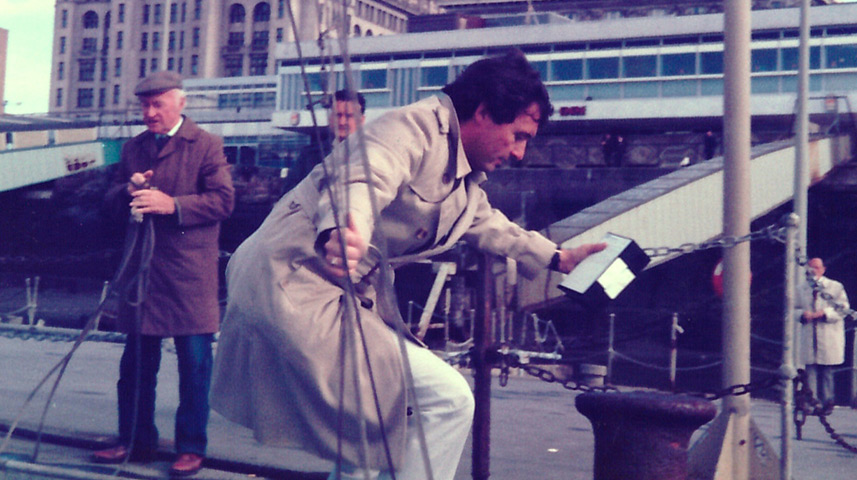 Brent Sadler disembarks a boat on the River Mersey with urgent news video tapes for transmission from Liverpool, UK 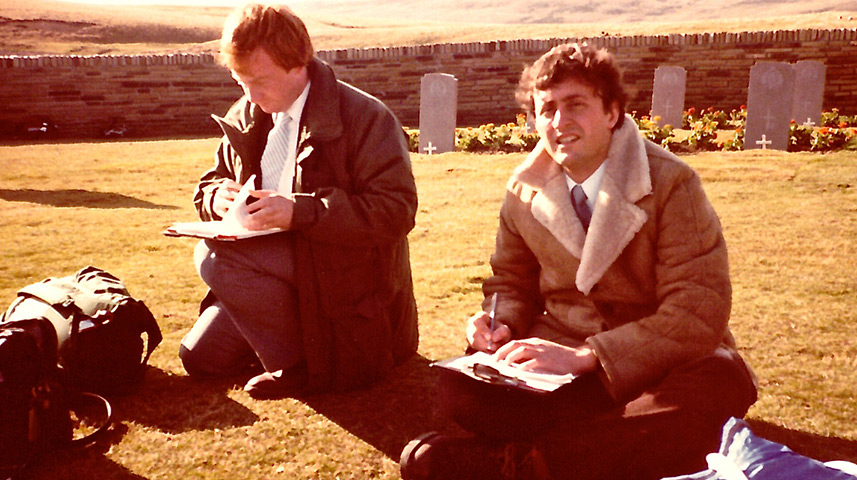 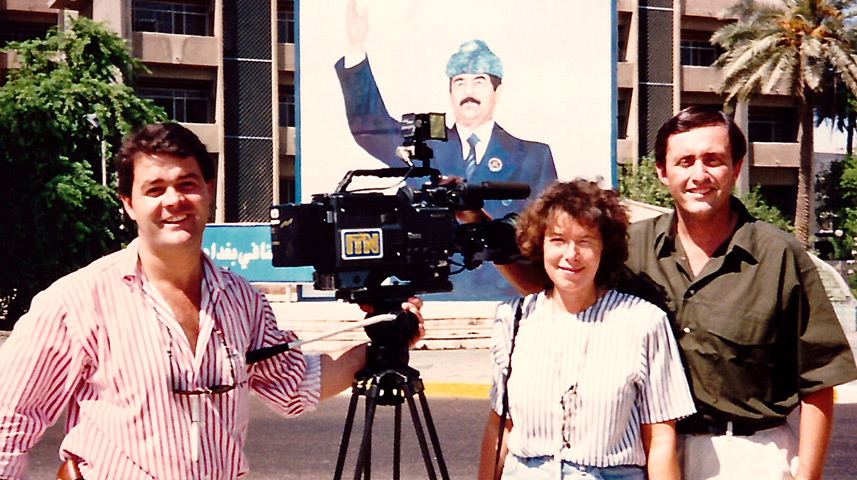 Sadler covered the collapse of communism in Eastern Europe and was in Prague for the fall of the communist regime, reaching Bucharest at the height of the Christmas Revolution.

He was part of an ITN team to win a joint British Academy of Film and Television Arts (BAFTA) Best News Award in 1983 for the quality of coverage from Lebanon. In 1987, Sadler won the Royal Television Society's International News Award for a special report from inside a besieged Palestinian refugee camp in West Beirut.

In 1991, he won an individual BAFTA for the Best Actuality Coverage of the Gulf War.

One of Sadler's most iconic moments was spearheading ITN's coverage from Baghdad during the first Gulf War, as the cruise missiles flew overhead.

At one point he was the only British television journalist in Baghdad reporting exclusively on the allies' bombardment of the city.